The Importance of Connection in Storytelling with Jack Dannibale 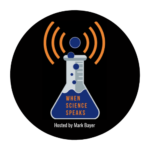 The power of storytelling is evident in so many parts of our society. The movie and television industries are bigger than ever and growing more so each year. Storytelling is now and has been used effectively in the realm of politics for a long time. So what about science? Are there lessons to be learned from storytellers by scientists who wish to communicate their work more effectively to the public at large?

Jack Dannibale is the Founder and President at Massimo Inc. Jack and his team create compelling media campaigns with notable leaders such as President Barack Obama, and actor Matt Damon. Jack has also served as Senior Media Advisor and Chief Speechwriter for US House and Senate Democrats. Before his work in politics, Jack worked in Hollywood with Jerry Bruckheimer Films and Walt Disney Studios, where he focused on Motion Picture development, marketing and writing. Jack earned three Emmy Award nominations for his work at PBS.

[5:59] Jack’s advice for scientists who want to tell their story

[9:17] Crafting a story out of scientific research and data

[13:16 Connecting with your audience

The Strategy of crafting a story

One of the greatest strengths of data and research – its objectivity – can also be a hurdle to the effective communication of science to the public at large. The layperson in society is more used to communication that is closer in form to that of a narrative. What are the possible ways around this? What can scientists and researchers do to find better ways to communicate with the public?

In this episode, Jack Dannibale has some great ideas. The key element of successful communication of ideas is connection. Jack suggests marrying the “prose” of data and research with some aspects of storytelling to create a more personal connection with listeners and readers. What does this mean to them? How will this affect them personally? That is the way to connect with audiences.

The next step is to know what the best way to go about connecting with your audience. For that to be successful you have to know them. When crafting a story, writers sometimes like to stress that you should start at the end. What is the end goal or end result you want? What does a connection with the audience look like? After finding out what your goal is, you can work backward from there to build your connection, as Jack points out.

By bringing the results of research and data into their logical conclusion, you can create a connection and a sense of community with the audience and how it impacts them, whether it be through the environment or the world at large, or even a combination of the two. Techniques like these take research and elevate it from data on a page into the imagination and lives of the public.

Learn more about Jack Dannibale on this week’s episode of When Science Speaks.

Subscribe to When Science Speaks on Apple Podcasts or Stitcher

When Science Speaks is a weekly podcast that explores science communication, science policy, and career issues affecting grad students, PhDs, and Postdocs in engineering and the sciences. Guests on the podcast – often researchers and entrepreneurs – share tools for getting funding, gaining influence, and building key relationships with the stakeholders who matter most in their professional environment, including policymakers, investors, and the public.